A stroke is an emergency condition that can have serious long term and short term effects. It happens when a brain vessel leaks or blood supply to the brain is restricted. Symptoms may include numbness or limited movement in the face, arms or legs. There may be difficulties with speaking or with vision. Other symptoms include headache or dizziness. Almost immediately brain cells begin to die so prompt treatment is critical (Mayo Clinic).

Recent research at Mahidol University that included stroke patients from 18 upwards, shows that this is not only a problem for the aged. The article published in Neurological Sciences also indicates that those in Asia have a high risk of stroke and that current treatments may not be fully effective with rural communities and congested cities.

Recognizing the urgency, the Faculty of Medicine, Siriraj Hospital, with Mahidol University's Faculty of Engineering, along with the National Institute of Emergency Medicine, developed a mobile stroke unit in 2018 equipped with medical equipment (including a mobile CT scanner) to allow treatment to start immediately. The medical staff on board, including doctor, nurses and radiologist, are aided by networking equipment that allows data, including scans, to be transmitted to a neurologist who helps guide diagnosis.

The networking services are universal and available to medical staff using devices that run Android, iOS/iPadOS, macOS or Windows. The scan and a patient's vital signs may be viewed remotely at the hospital, on a smartphone or other mobile device. Speed and expert assistance are of the essence. The smartphone app alerts all users who install it. In one case a doctor on holiday in Canada was able to offer advice while hiking in the mountains.

Owing to the success of the initial Mobile Stroke Unit (MSU 1), more have been developed, each incorporating lessons learned from the first: improving medical and communications equipment. The first vehicle was based on a truck. All of the subsequent units have been built using a Mercedes-Benz bus chassis to increase stability.

Analysis of the first unit revealed problems with the installation of lead sheeting used to protect from X-rays. Subsequently this shielding was located on the outside of the body and protected by composite sheets. The power source was changed from a diesel generator to a DC-AC inverter. From MSU 3 onwards communications use 5G equipment.

The limited space inside the vehicles required medical staff workflow changes. Unlike normal practices in a hospital, doctor and nurse approach the patient at the same time, while the patient is treated from both sides, instead of the right only. 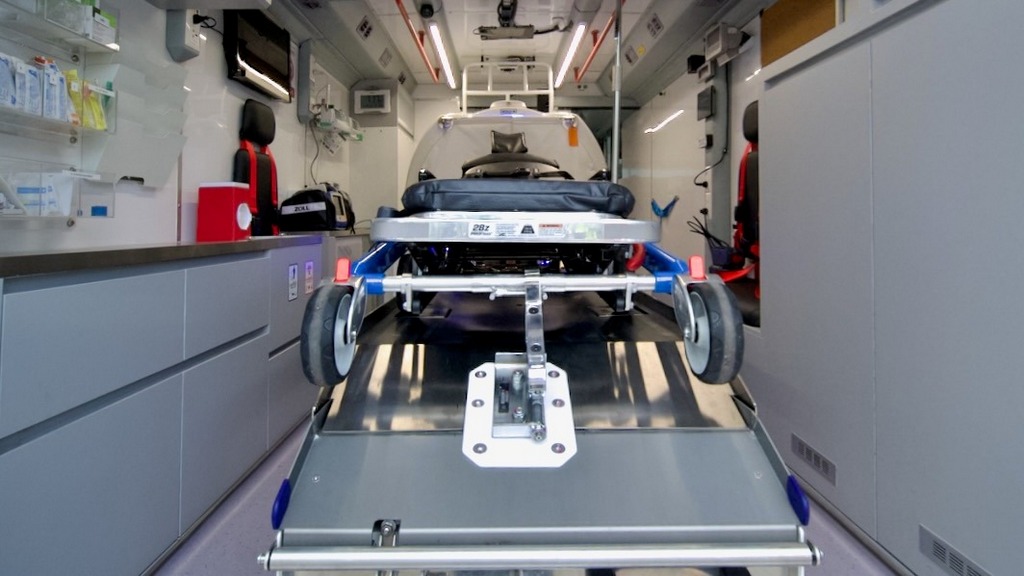 After initial use at Siriraj hospital, MSU 1 was redeployed to Surrathani province in the south of Thailand. Units MSU 2 through MSU 4 are based in Ratchaburi, Chiang Rai and Nakhon Phanom: West, North and North-eastern regions. MSU 5 is currently at Siriraj Hospital but will soon be deployed to Chumphon province (Upper south).

The sixth unit has just completed testing, for X-ray safety, equipment and road safety. It has now entered service at Siriraj Hospital and just received its first patient. MSU6 is the first such unit in Asia and Oceania to use a mobile 16-slice CT scanner which is faster and provides better brain images: the Neurological Omnitom Elite. More information on this can also be found in an item in Businesswire. The approximately 750KG weight of the unit plus its 250KG base - nearly 1,000 Kgs - required some strengthening of the suspension, special shock absorbers and improved air suspension. MSU 7 is under construction by design partners RMA Automotive and is expected to be used at a hospital in Northern Thailand in late 2023.

The service is under constant review. At least 2 calls are received every day with a high of 6 calls. So far the mobile stroke units have given assistance to over 1,000 patients. Mahidol University is pleased to have been able to develop such a valuable service that involves both medical expertise from Siriraj Hospital and the technical skills of the Faculty of Engineering for system design as well as communications and networking: keys to sharing patient data with remote experts who can provide timely advice. 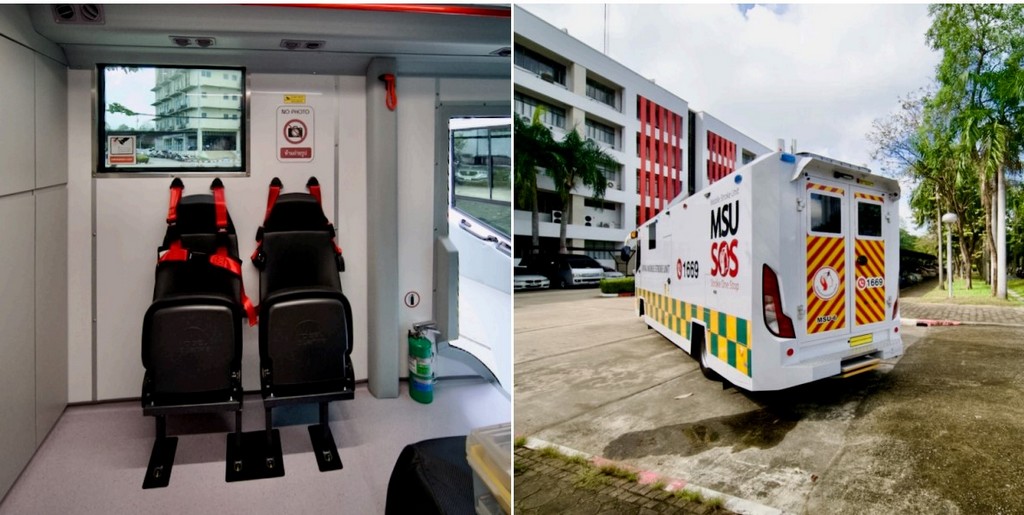